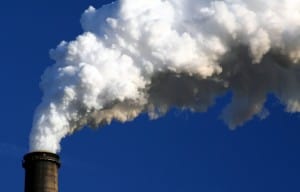 The U.S. Environmental Protection Agency (EPA) came out victorious last Tuesday when the Court of Appeals for the D.C. Circuit voted in favor of their Mercury and Air Toxics Standards (MATS).

It wasn’t a ‘clean’ win by any means, however, as several state lawmakers and coal industry specialists argued the new regulations would prove costly for coal-burning power plants to function at normal levels. In a split decision, the court upheld MATS, claiming it was an essential step towards protecting the public’s health from mercury and other toxins released into the air.

Mercury poisoning is a serious problem not only in the U.S., but throughout the entire world. As more and more coal-burning power plants are build, there are higher levels of mercury being released into the atmosphere. Unfortunately, this toxic chemical ends up polluting lakes, streams, rivers, oceans and the soil. MATS is designed to lower emissions of mercury as well as other toxic coal byproduct chemicals, saving the lives of thousands of Americans each year.

Why Some People Are Against MATS

But not everyone is in favor of the EPA’s new mercury emission rule. The biggest problem with MATS is the massive financial cost of modifying the current coal-burning power plants so they are able to meet these new standards. It’s not a simple and/or trivial task by any means, with price estimates for conversions ranging into the billions of dollars.

“And EPA’s failure to do so is no trivial matter. The estimated cost of compliance with EPA’s Final Rule is approximately $9.6 billion per year, by EPA’s own calculation. To put it in perspective, that amount would pay the annual health insurance premiums of about two million Americans. It would pay the annual salaries of about 200,000 members of the U.S. Military. It would cover the annual budget of the entire National Park Service three times over. Put simply, the Rule is among the most expensive rules that EPA has ever promulgated,’ said Judge Kavanaugh in regards to the new EPA rule.