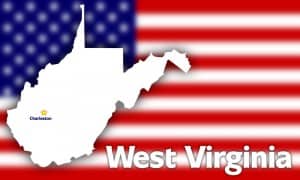 It’s been over three months since an above-ground storage tank at a Freedom Industries facility in West Virginia sent approximately 300,000 gallons of crude 4-methylcyclohexanemethanol (MCHM) spilling into the nearby Elk River. While officials remain adamant that the water is now safe to drink, the Environmental Protection Agency (EPA) has plans to test the fumes released by the spilled chemical.

Federal officials are concerned that the spilled chemical — which is a foaming agent used to wash coal and remove pollutant impurities — could release toxic gas that causes illness when inhaled. When the spill had initially occurred, West Virginia officials issued a warning to some 300,000 residents, urging them not to drink the water. Authorities believe the water is once again safe to drink, but a new concern has risen regarding the potentially harmful effects of inhaling the spilled crude MCHM.

The EPA had requested information regarding the effects of inhaling crude MCHM on multiple occasions but failed to receive an adequate response. As a result, EPA officials are conducting their own internal study regarding the current and projected levels of MCHM fumes and how they affect the body. This study is currently underway at the spill site in West Virginia and is expected to take several months to complete.

Immediately after the spill occurred, West Virginia residents began reporting a licorice-like odor coming from the tap water. Residents who drank the water then experienced a wide variety of adverse reactions, the most common of which were headaches, nausea and vomiting. This prompted state officials to send a request to the EPA, asking them to conduct a study regarding the potentially harmful effects of inhaling crude MCHM.

Officials believe the state’s new air monitoring program can help in accurately gauging the levels of MCHM in the air surrounding the spill site.

“The standards potentially could be used in the future for addressing odor complaints or possibly for the remediation efforts at the spill site depending on what the methodology is, whether we have the right personnel, training and equipment,” West Virginia Department of Environmental Protection (DEP) Communications Director Kelley Gillenwater said.

So, is there any danger to inhaling the spilled crude MCHM? It’s still too early to make any definitive statements, but Director Dr. Rahul Gupta says it’s too little, too late.

“On one hand, it’s good to see that they have recognized the importance, significance of the airborne nature of this chemical. especially when it’s heated up in hot water heater, but on the other hand, it is a too little too late scenario,” said Dr. Rahul Gupta.

Cleaning Up Workplace Chemical Spills on a Budget
The Do's and Don'ts of Cleaning Up a Liquid Mercury Spill
Toxic Coal Ash Pollutes N. Carolina River