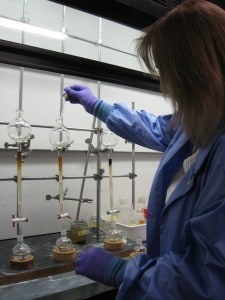 It’s been over five months since a storage tank owned by Freedom Industries leaked some 7,500 gallons of the coal-cleaning foam 4-methylcyclohexanemethanol (MCHM) into the Elk River. This spurred an emergency alert by West Virginia officials, cautioning residents in nine counties — Boone, Clay, Jackson, Kanawha, Lincoln, Logan, Putnam, and Roane counties and the Culloden area of Cabell County — to avoid using the tap water for any purpose other that flushing the toilet.

While officials claim the water in those nine affected counties is now safe for human consumption, many residents continue to report illnesses which they believe are linked to the January 9 Elk River chemical spill. A recent Community Assessment Population Survey revealed that 30% of the 500 residents polled said they felt ill after drinking the water. Of those 30%, roughly half reported to have drank the water after the water ban was lifted.

The most commonly reported symptoms were skin rashes and irritation; however, many residents also reported diarrhea, vomiting, dizziness after drinking the water.

Dr. Rahul Gupta, director of the Kanawha-Charleston Health Department stressed the importance of flushing the contaminated water from plumbing systems in a recent interview with the L.A. Times. He noted that schools in particular are at risk for water contamination due to their elaborate and complex plumbing systems. Even if the water is now clean and safe to drink, some of the old contaminated water may be lingering in homes’ and buildings’ plumbing systems. This is why it’s important for individuals and families to flush their pipes when a water ban is lifted.

“The plumbing system is a complex system, we’ve learned the hard way,” Dr. Rahul Gupta, director of Kanawha-Charleston Health Department, told the L.A. Times. “Sometimes what’s conceivable to happen is the flushing process may not have taken care of the school system’s flushing in one go. People are still not drinking the water.”

News of residents’ lingering health problems stemming from the chemical spill come in the wake of reports from jail inmates claiming they were forced to drink the contaminated water or suffer from dehydration. Several inmates have taken to the media to report that they were given just 2 bottles of water per day, which wasn’t enough to keep them hydrated. Some of these inmates were forced to drink the contaminated tap water to prevent dehydration.

Cleaning Up a Water-Based Spill In The Workplace
How To Correctly Mark PCBs
What’s in Your Acid Spill Kit?