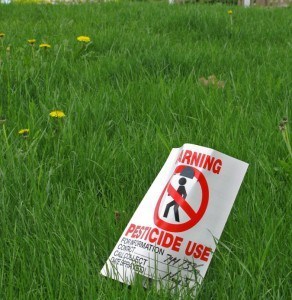 The Environmental Protection Agency (EPA) recently proposed new changes to the country’s Agricultural Worker Protection Standard (WPS) in an effort to reduce agricultural workers’ exposure to toxic pesticides. There are around a dozen specific changes introduced, all of which are designed to protect farmers and other agricultural workers who handle pesticide-covered products on a daily basis.

According to Amy Liebman of the Migrant Clinicians Network, approximately 10,000-20,000 agricultural workers suffer from acute pesticide poisoning each year. While most cases are minor and leave no lasting health effects, others are more severe, resulting in neurological disorders, immune dysfunction, birth defects, and even cancer. The EPA hopes to turn these numbers in the opposite direction by incorporating a serious of changes in the current WPS.

“What we don’t know is the exact total number of occupational incidences involving pesticides. These incidences lead to sick days, lost wages, medical bills and absences at school. What we have found is that the most common types of incidents can be prevented with changes to our current worker protection standard,” said Jim Jones, assistant administrator for EPA’s Office of Chemical Safety and Pollution Prevention.

Under the new WPS revisions, farmers must create larger buffer zones surrounding the area where pesticides are used. Farm workers must then stay out of the buffer zone to reduce their exposure. Other changes proposed in the new EPA WPS revision include improved record keeping, on-going training for farm workers, and a minimum age requirement of 16 for handling certain types of chemical-based pesticides.

If these revisions go through, the biggest change will be the 25-100 foot buffer zone surrounding pesticide applications. In addition to creating this buffer zone, farm workers must place signs in a clear, visible areas to notify others that pesticide is present.

Like most major changes suggested by the EPA, there’s a 90-day period where the public is free to comment about it. Currently, there seems to be mixed reviews among farm workers regarding these changes. Some workers feel like the EPA is doing a good the right thing by adding regulations to create a safer working environment for the agricultural industry, while others believe it’s too little, too late.

So, when can you expect to see these changes enacted by the EPA? There’s still no official word, but Jim Jones stated that he plans to have them in effect by the end of the year.

How do you feel about the new EPA regulations on pesticide use?