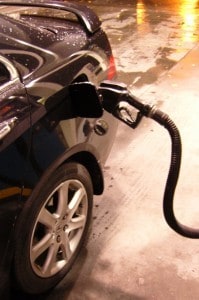 On Monday, officials with the Environmental Protection Agency (EPA) announced a new rule that would place restrictions on sulfur emissions in gasoline. This is one step in a larger plan for creating a cleaner environment, but not everyone is thrilled with the EPA’s decision to reduce sulfur emissions.

The recently proposed EPA rule is designed to cut about 2/3 of sulfur emissions from gasoline by 2017. Sulfur, as most auto junkies are well aware of, messes with vehicles’ ability to remove toxins and impurities before releasing them through the exhaust; therefore, cars running on “high-sulfur” gasoline are releasing a significantly higher amount of pollutants than cars running on “low-sulfur ” gasoline.

“This rule is all pain and no gain. This winter’s cold snap underscores just how vulnerable American families and businesses are to any increases in energy costs, and yet the administration is moving forward to raise prices at the pump,” said House Energy and Commerce Committee Chairman Fred Upton.

Most lawmakers and U.S. citizens are in favor of the EPA’s new rule restricting the amount of sulfur emissions in gasoline; however, petrol companies have a different view. They believe the new rule will result in higher gas prices, which means less business for them. We already live in an age where people struggle to fill up their pump due to high costs and a struggling economy. Placing an even greater financial burden on drivers could make things worse.

The EPA responded to these allegations by saying the new rule would only raise gas by less than a penny per gallon. Petrol companies, on the other hand, claim it will raise prices by $.05 to $.10 cents per gallon.

The truth is that we really don’t know how the EPA’s new sulfur emissions rule will affect gas prices, and we probably won’t find out until it actually goes through in 2017. However, you can check back with our blog here for all of the latest news and developments surrounding the EPA’s rule on sulfur emissions.

How do you feel about the EPA’s new sulfur emissions rule?

Is Your Workplace Prepared to Handle Emergencies?
West Virginia Residents Reporting Illness Months After Chemical Spill
What Is Hazardous Waste?