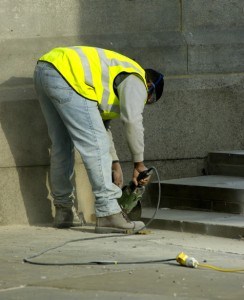 Temporary workers are 2-3 times more likely to suffer an injury while on the job.

According to data released by the Bureau of Labor Statistics (BLS), 708 temporary workers were killed during 2012, which translates into 17% of ALL workplace fatalities. The growing number of job-related fatalities and injuries has prompted the Occupational Safety and Health Administration (OSHA) to take action.

Just last month, OSHA cited four staffing agencies for safety violations which contributed to the death of a temporary worker at an Amazon, Inc. fulfillment center. OSHA has also released the Temporary Worker Initiative, the first in a series of documents that focuses on safety and health requirements when temporary workers are hired by either a staffing agency or host employer. This document, which can be accessed by clicking the link in the previous sentence, defines who is responsible for protecting temporary workers.

Dr. David Michaels, OSHA’s assistant secretary of labor, noted that temporary workers are more than three times more likely to be killed or injured while on the job. That’s a pretty shocking statistic that should serve as a reminder to the importance of maintaining a safe environment for all workers, including temporary workers.

“We’ve known for 100 years that new workers are three or four times more likely to be injured or killed on the job than workers who have a year of seniority,” Michaels said. “We know that temporary workers are new at a workplace four, five, six times a year – they’re always new workers. We also know that they’re often given the most hazardous jobs. And finally, we know that host employers are less likely to devote resources to train them.”