The Clean Water Act - What You As A Business Owner Should Know.

The Clean Water Act was first introduced as the Federal Water Pollution Control Act in 1948. Since then, it has been amended as late as 2002 in an effort to draw attention to, and to enact laws which would curtail the polluting of waters and to adhere to regulations as established by law to further prevent degradation of our water supply.

The following is the "Declaration of Goals and Policies" as it relates to the Federal Water Pollution Control Act amended on November 27, 2002 by the House of Congress.

"Section 101. (a) The objective of this Act is to restore and maintain the chemical, physical, and biological integrity of the Nation's waters. In order to achieve this objective, it is herebydeclared that, consistent with the provisions of the Act-

According to the EPA "...in the early decades of the Act's implementation, efforts focused on regulating discharges from traditional "point source" facilities, such as municipal sewage plants and industrial facilities, with little attention paid to runoff from streets, construction sites, farms, and other "wet-weather" sources. Starting in the late 1980s, efforts to address polluted runoff have increased significantly. For "nonpoint" runoff, voluntary programs, including cost-sharing with landowners are the key tool. For "wet weather point sources" like urban storm sewer systems
and construction sites, a regulatory approach is being employed."

In 1987, Congress voted to enact the Clean Water State Revolving Fund (CWSRF). This fund allowed the EPA to offer grants to states and the states would then provide loans for nonpoint source projects such as: "Homeowners for repair and upgrade of septic systems; land trusts for purchase of sensitive lands/easements; purchase and restoration of degraded wetlands; dry cleaners to clean-up soil and ground water contamination on brown fields; and farmers for equipment and structures to minimize runoff from fields.

It should be noted that as of 2001, over $1.4 billion was expended for these particular projects. Considering the goals and policies of congress as stated above and the subsequent funds the Congress found suitable for the EPA to offer in grant money to resolve many of the problems attributing to the pollution of waters in the US; one would have to question why we have neither prevented nor reduced the amount of polluted waters in the US?

Products that can help you comply with the Clean Water Act  are spill kits, spill containment berms, absorbent booms and storm water products.

You may use this article on your site as long as the links remain.

Our Most Popular Products 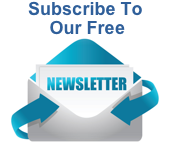